I recently sat down with Shenequa Golding of Vibe magazine for a feature story/interview titled “Real as Buck: MK Asante Rises from Philly Street to Bestseller Lists.” We discussed the Buck Soundtrack and beyond. Our conversation ranged from politics, art, rebellion, education, and other things dope. The photo they used for the interview was taken in Norway by Noah Lochting Williams. Check it out at Vibe or read below:

Real As Buck: MK Asante Rises From Philly Streets To The Bestsellers List

There’s something brilliantly complex about M.K. Asante. It could be that the African-born, Philadelphia-raised Renaissance Man doesn’t dress the part of the professor. Standing just a hair below six feet, his snapbacks, baggy jeans, and Timbs coupled with his brown skin and boyish smile would have you believe he’s a student himself. But five minutes into a conversation, M.K. frolics between quoting Paul Robeson, Nathaniel Hawthorne, Dr. King and any other scholar his name will, no doubt, share the same sentence with soon. Every now and then, he’ll relax and drop an F-bomb here or use the Philly colloquial phrase “jawn” but it’s always authentic.

When many had given up on him and he was primed to become a statistic, M.K. was introduced to the blank page. For the first time, someone asked the troubled student how he felt after getting kicked out of every school he attended. And while his first few pros weren’t Pulitzer Prize-worthy, they were the foundation for his Bestseller, BUCK.

Now, the 32-year-old author, professor, artist and filmmaker lives a life of endless possibility. Welcome to his story.

VIBE: So what’s the blank page?
M.K. Asante: It’s what saved my life. It can mean anything and you can do anything with it. Everyday, we get to write our own script in life, so the blank page is the ultimate metaphor for possibility.

When did you first discover it?
Seventeen. I was kicked out of every school I went to. I got into a lot of trouble. I dropped out of school and my mom told me I had to go to school, so she found a real alternative school for me to attend, some of the weirdest people I’ve seen in my life. When I got there, I was in this class and they put a blank piece of paper in front of everybody and they told us to write. I hadn’t done schoolwork in years so I wasn’t trying to do that. The teacher came up to me and said, ‘Write anything you want.’ So I wrote ‘f–k school’ in real big letters. That’s just where I was at the time and she was like ‘Good, now keep going.’ So I started to think, well damn, what else do I want to say? What else do I wanna do? Ultimately, trying to be a good writer led me to become a good reader, so I started reading a lot, devouring books and understanding the connection between what I want to do and literature. I found my purpose with the blank page and that’s what BUCK is kind of about, too.

While the book takes place between the ages of 13-18, you wrote it in 2012. Was it easy for you to recall things in your past, including your mother’s mental health issues?
Me and my mom didn’t really talk a lot during those years but she wrote in a journal and I used to read her journal.

That’s not nice..
I know. I know. I got caught. She kicked me out. It’s a whole other story. So I used to read my mom’s journal and she talked about everything from growing up in Brooklyn in poverty to seeing her mother be raped to trying to raise two black boys in Philadelphia to her relationship with my father, which was crumbling at the time. She would write about suicide, trying to kill herself, drugs, all types of stuff and I would read. That’s how I would connect with what was going on with her.

That’s no easy reading. How did that penetrate you at that time?
It let me know there’s some deep sh-t going on. It kind of let me into the interior of who she is but also at that time, it really pushed me out of the house, too.

It was too much to handle?
Yeah, it was a lot. So I integrated my mom’s actual journal entries from back in the day into the book so as you read, you get to see her perspective of what’s going on. She wanted me to do that because she wants black folks to start talking about mental health like it’s normal and not be so taboo. In terms of the memory thing, this wasn’t an act of remembering things—this was a reliving and that was a lot harder for me to do because I’ve never really done that before. Memory is ‘Oh, let me see if I can such and such’ where with reliving, you don’t get to come out of that and you feel it in a very different way. I talked to my brother, my mom, and my dad to help me get back there, but for the most part, it was just a mental process. We have these doors to our past and sometimes it’s so traumatic that we close those doors so nobody can get in. For a long time in my life, I never accessed those things because they were painful. Before I started writing BUCK, I didn’t think about my mom’s journal entries. I locked those things away. We don’t really forget anything, it’s all there. It’s just, do you have access to it? But once I gained access, it was like ‘Oh sh-t!’ Like once I was in that jawn, it was crazy!

Whose idea was it to accompany the book with the album?
The soundtrack? It does what the book does, but it does it in musical form. My whole idea from the beginning was, ‘How do I take this and put it in more than one language?’ To me, a memoir is a language, a soundtrack is a language, a movie is a language, but to me, music is a language that’s universal so music becomes a new way to communicate the same ideas. When I was writing the book, I started getting all these ideas for rhymes and actually had a vision that I needed to do this. ‘You can’t just write books, M.K. You can’t just be in academia. You can’t just make films. You gotta jump on these tracks and murk them, murk these beats, show these dudes what it’s really about on the spittin’ tip.’

When did you write the rhymes?
When I finished the book and [started writing] these raps, I didn’t know what to do with them. One day, I get a random e-mail from Rass Kass, and he says he’s working on this song with Talib Kweli called “Godz N The Hood” and we want you to talk on it, you know, as a professor, say some smart sh-t.

They really said ‘say some smart sh-t’?
No, but they wanted me to talk on it, as a professor. (Laughs) They didn’t want me to start spittin’. They didn’t even know I could spit. They wanted me to be like, ‘Hey, this is M.K. Asante and we’re all gods in the hood’ you know, some sh-t like that. I let my homie hear it and he knew that I was writing raps so he’s like, ‘You gon’ spit on that jawn?’ I was like they asked me to talk on it, and then he said ‘So you gon spit on it?’ (Laughs) So anyway, I go in there, it’s my first time in the studio and I record that verse to “Godz N The Hood” and I didn’t know what they would think because again, they didn’t know I could rap. I sent it to him and the reaction was crazy. Kweli heard it and started tweeting about like, ‘Yo, this professor got bars!’ That helped me in terms of my confidence level because those are people I really respect as lyricists and for them to say that I’ve got bars, it was like ‘Oh sh-t!’

How do you, M.K. Asante, make reading and writing look dope?
Umm, by just being me.

(Laughs) Word?
Yeah, that’s real. I was at this school in Pittsburgh the other day and the students kept saying, ‘You the realest mothaf-cker ever! You came in here and the way you are in your book, that’s the way you are right now. I respect that.’ I’m just being me. I’m not going to switch it up for them because their principal is here. It’s not that people respect rappers or respect this person or that person, I think people respect authenticity and realness and when you keep it 100 with people, they respect it.

Switching gears, how much damage do you think is done when not all black people show support or outrage in regards to police brutality?
It hurts me to say this, but black folks aren’t monolithic, so as much as we want to think that every black person is angry, they’re not. I saw black people with the National Guard, taking pictures like they’re happy they were here, even though that’s not the majority of the people that I come into contact with in Baltimore. I don’t know if Barack [Obama] is really angry. I know I am, I can’t speak for Barack as a whole. You do see different variations of people that don’t feel the same way you feel.

So how can black people express anger in such a way where it’s understood?
There’s a lot of ways that it can be done, but Dr. King said, ‘Rioting is the language of the unheard.’ The young people of Baltimore showed the world that anger, frustration and people who weren’t paying attention before were like, ‘Oh shit, these young bucks are for real.’ 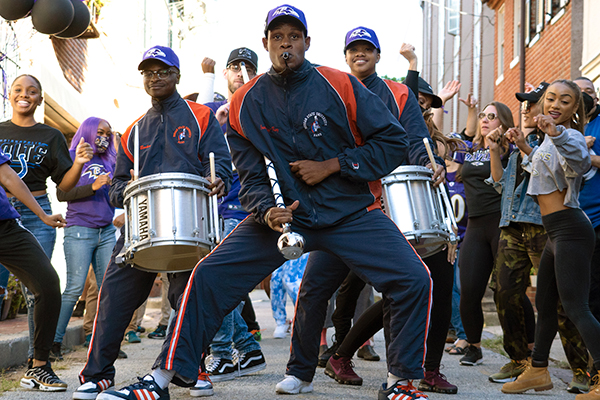 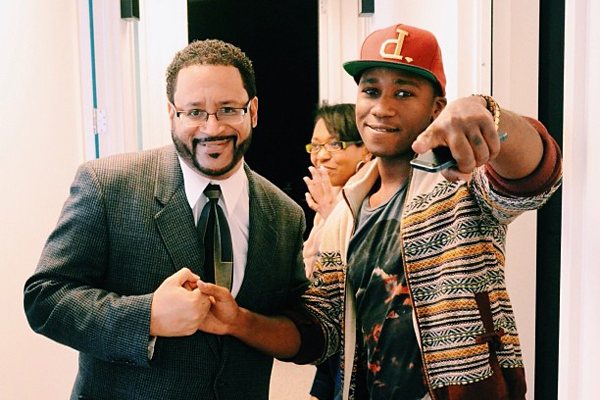